THE PUMPKIN SMASHERS (A SPECTRAL POEM) 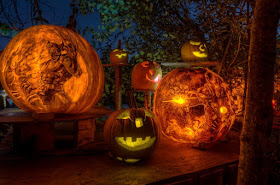 The trick is not in the knit,
it's in picking up the fallen stitch.

You can carve anything into flesh,
given a knife, a little strength.

Usually, it's the other way round, but now
we bring darkness to light,

bring skulls to life, even though the grin
terrifies. We persist. We leave our orange

gifts out, like half peeled bananas,
to tempt the jungli revellers.

And then they come, Houdini's ghouls,
to trick or treat you - impossible to tell -

until they leave you, empty of sweetness,
wondering why you invited fear to drop in.

But then you turn to the scared faces within,
your little caped monsters, and you draw

your own fake grin. And when you tug
on the bucket of myth that lives inside your skin,

you are Mother; from you, blood,
from you, ferocity begins. 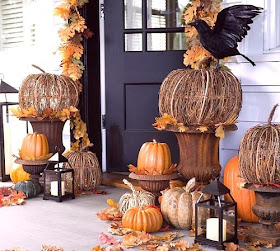 My Halloween poem was inspired by friend and poet Caron Freeborn, whose casually used phrase, 'the pumpkin smashers', to describe the grown boys who mirthlessly destroyed her children's evening by smashing in their pumpkins, has become a poetry prompt among her circle of poets.

Halloween confuses me. I got into the spirit of the thing a few years ago: pumpkins were carved, children stopped by in masks, bleeding ketchup across our porch... I have never enjoyed being frightened. I don't particularly care for deliberate ghoulishness. Especially after hearing of Claudia Winkleman's daughter bursting into flames because her cheap supermarket costume (highly flammable) brushed past a lit candle. A candle sitting plumply inside the hollow of a pumpkin lining the pathway to a friend's front door. (As a result of Winkleman speaking out, many supermarkets are increasing their fire safety standards.)

Ah, but I do try for the spirit of the thing. 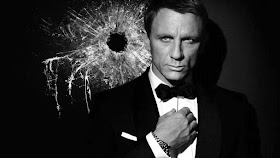 Did I not scamper off to Spectre? The latest Bond, timed perfectly with the 'ween spirit, centres itself in Día de los Muertos festivity in Mexico City. An earthy enough beginning, and I was all in. But as the hours wove on through cybersecurity and threats that were more elaborately verbose than actual, I found myself consciously trying not to roll my eyes. One eye might have rolled, a little. 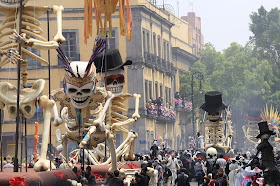 There seemed to be at least four or more scripts stitched together by an extremely unwieldy surgeon. Bad enjambment. A disjointed skeleton with an excellent mortician filling in the gaps with superficial make up. The grisly scene with the eyes would please any horror film aficionado. But the seduction of/by Monica Belluci, left me neither shaken nor stirred. The villain did not frighten me - I only thought, dear Christoph Waltz, you seem so nice! And worst of all - the pièce de resistance - were the moments when the character of Léa Seydoux, a superb young actress, equal to any Bond, found herself hiding behind Jim. No! I thought, but did not holler, into the dark theatre. After all, there were men there, enthralled. By cars that were bullets, and bullets that were bullets, and women who looked like silver bullets... If you like that sort of thing... 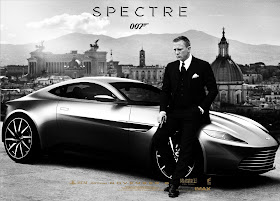 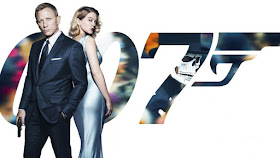 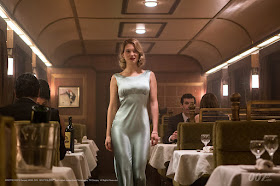 I missed you, Judi Dench. I loved you, Skyfall. You almost had me then, Mr Bond, but now, I'm underwhelmed. 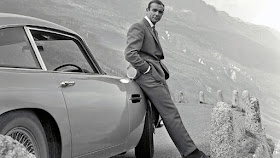