Today the new cover of British Vogue under the new leadership of Edward Enninful was released. 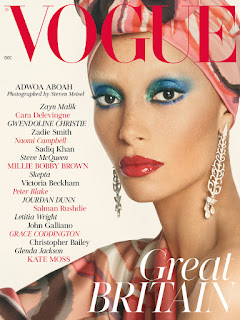 While many people have expressed pure appreciation for the choice of the model, Adwoa Aboah, some (the Daily Mail contingent, and others) have decided that this choice in model was too 'safe', she is too 'light-skinned' - Eddinful should have been 'braver', gone 'darker'.

The concept of light skinned privilege is a very complex negotiation - and also very basic. People seem to forget the ‘one drop’ policy whenever convenient. But if you are black in any measure, you don’t get white skinned privileges. You are forever playing Double Dutch. Neither community will fully accept you, but one community will historically always keep you guessing as to whether you are accepted or not. Since that is no way to live, most ‘mixed race’ (a bizarre, misleading term because it implies a 'pure' race exists, which of course does not since race is purely a construct, and not a biological reality) or perceived light skinned people, will inevitably gravitate towards the people of colour they are also representative of. Barack Obama’s half whiteness was embraced by many white folk because he was an excellent human being but had he been less than excellent his blackness would have been the only perception. Halle Berry may look light skinned but she has experienced racism her whole life. I may be perceived as light skinned as compared to darker South Asians but I have also been described as 'coloured' and 'black'. No one actually aspires to whiteness - we all aspire to equality, to equal human rights, to equal representation in positions of power as well as ordinary positions of being a bus driver or a teacher. It’s all a sliding scale from the outside so who you are within is what you have to hold on to. 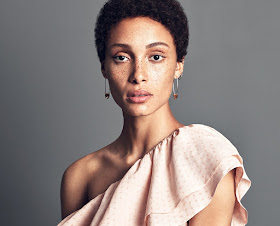 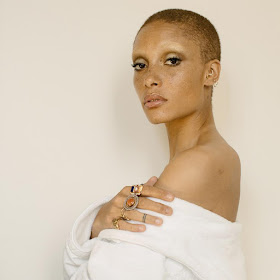 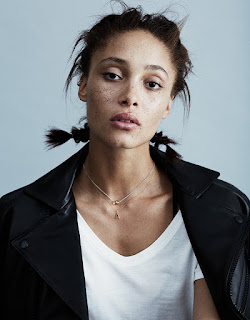 The idea that Enninful chose Aboah because she’s light skinned is laughable. They are both Ghanaian. Aboah is not just ‘known for being light skinned and having freckles’, she is an incredibly brave and outspoken person, who has battled addiction for years and finally created Gurls Talk, a space for young girls, especially but not exclusively in the modelling world, to be able to talk about things like drugs and self harming - these girls are totally unprotected and unchaperoned, especially when they travel, and many fall victim to all sorts of exploitation. Aboah is also bipolar and actively involved in the mental heath campaign Heads Together - here is a brief YouTube clip of her talking to her mother on the subject of depression...

So Enninful’s choice of Aboah is far more nuanced than the colour of her skin. I think he is giving her a huge platform because he believes her voice needs to be more widely heard.
Shaista at 21:57